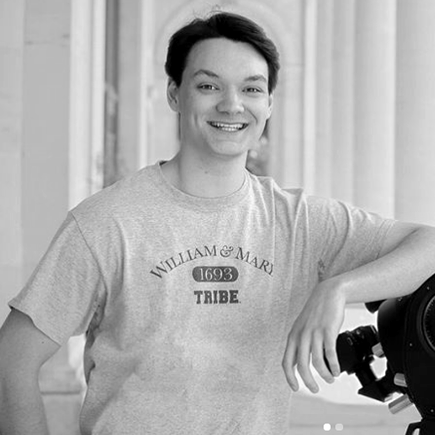 Tyler Hutchison is currently a freshman at William & Mary where he is a Physics major with plans to pursue a career in the field of Astrophysics. Tyler is a local, regional and national award winning astrophotographer. His photographs have been featured in news stories and social media throughout Virginia and beyond. Tyler serves on the Board of Directors for the Richmond Astronomical Society and is passionate about astronomy community outreach efforts and can often be found out in the community with his telescope and camera. He has spoken to school and community groups about his astrophotos and hopes to inspire others to look up at the night sky. This summer he won the Astronomy League’s National Outreach Award and in 2018 won their top national award for astrophotography. He is a 2019 graduate of St. Christopher’s School where he was editor of the school yearbook, a member of the Battle of the Brains team and the Science Bowl team captain.
BACK TO SPEAKERS